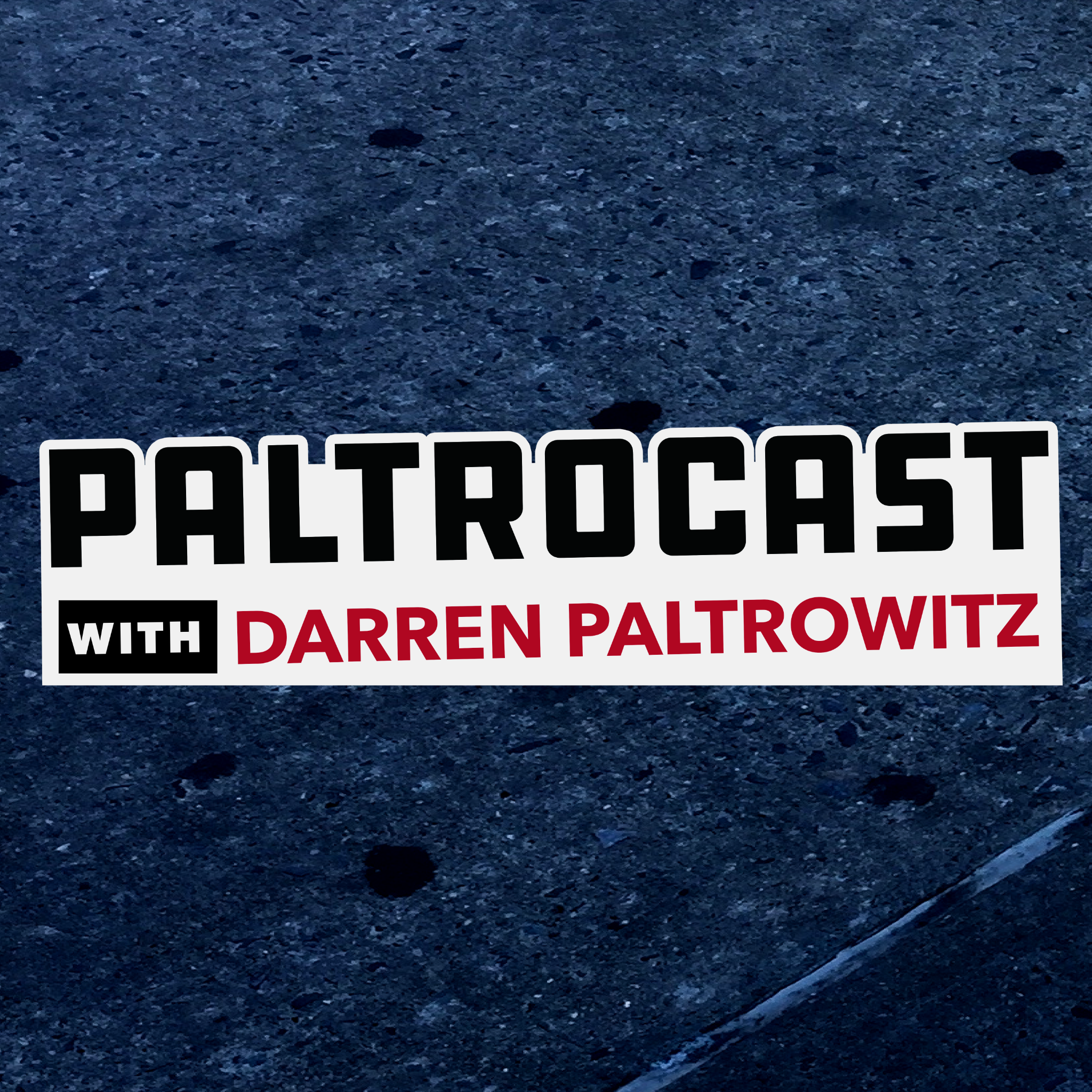 Darren has (likely) seen David Lee Roth in concert more times than you have. And is  very proud of that. Hence the forthcoming "DLR Book: How David Lee Roth Changed The World" coming out via Backbeat Books in 2024. 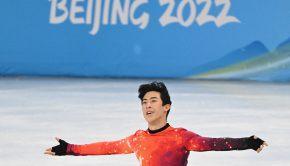 Nathan Chen On His Work With Invisalign, His Salt Lake City Roots, Future Goals, Music & More An American figure skater, Nathan Chen is a three-time World champion (2018, 2019, 2021),a ten-time Grand Prix medalist (8 golds, 1 silver, 1 bronze), and a six-time U.S. national champion (2017–2022). Chen also helped the U.S. Olympic team win the bronze medal in a 2018 team event and a silver medal in a 2022 team event. In turn, Chen is widely-regarded as one of the greatest figure skaters of all tim 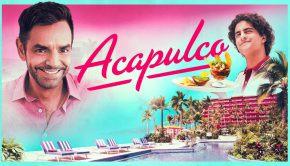 Stars Of The Acclaimed, Bilingual Apple TV+ Comedy Series “Acapulco” On Season 2 & More Hailing from Lionsgate Television, the Apple TV+ series Acapulco was inspired by 3Pas Studios and Pantelion Films’ box office hit How To Be A Latin Lover,” and is also produced by Zihuatanejo Productions and The Tannenbaum Company. The second season of the series picks up right on the heels of season one, telling the story of twenty-something Máximo Gallardo, whose dream comes true when he scores the job of 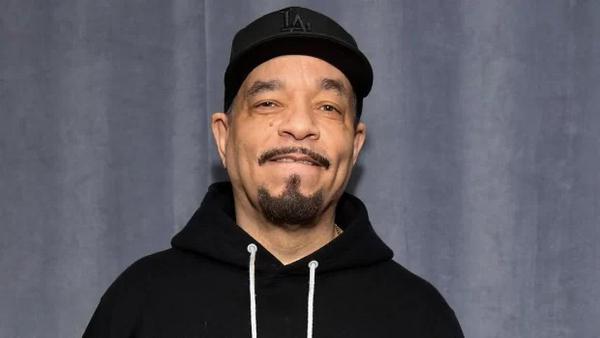 Ice-T On Working With My Legacy Voice, Future Body Count Plans, John Mulaney, Slayer, Snoop Dogg, “Fear Of A Black Hat” & More Last month, My Legacy Voice — a new platform from VoCapsule, LLC — announced the launch of early access to its beta service. In short, My Legacy Voice is a new service that captures and protects a speaker’s voice until a designated recipient wants to access a replica—a clone–made with AI technology. My Legacy Voice creates highly realistic voice clones with a combinatio 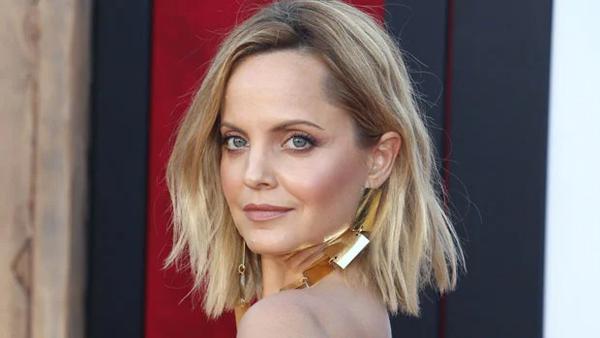 Mena Suvari, Alexis Knapp, Sarah Grey & Director Kevin Lewis On The New Film “The Accursed,” Upcoming Work Projects & More In the new film The Accursed, Elly (played by Sarah Grey) is asked by a family friend (played by Mena Suvari) to spend a few days looking after an elderly woman (played by Meg Foster) living in a remote cabin. Elly readily agrees thinking a short trip to the woods will be a nice escape. The cabin turns out to be anything but relaxing as Elly begins hallucinating in ways tha 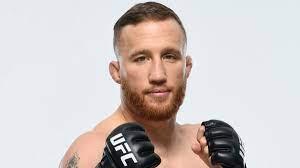 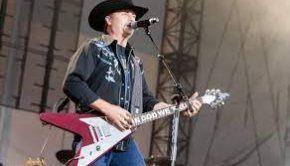 Country Legend John Rich On His Hit Single “Progress,” The Travis Mills Foundation, Tyrus, The “Redneck Riviera” Brand & More This November, a Veterans Day Weekend concert will bring together music superstar John Rich and some inspiring American heroes who served and sacrificed, all in the name of our country. To be held on Saturday, November 12, 2022 at the Lorain Palace Theatre in Lorain, Ohio, the concert is being presented by Dave Mortach of Mortach Financial. Mortach, along with his wife S 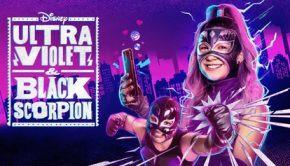 Scarlett Estevez began her career as a child actress, and one of her first roles was playing Megan in the films Daddy’s Home and its sequel Daddy’s Home 2 Estevez went on to play Trixie on the television series Lucifer and Gwen on the fourth season of the Disney Channel series Bunk’d before landing the starring roles of Violet Rodriguez and Ultra Violet on the Disney series Ultra Violet & Black Scorpion. Currently, Scarlett Estevez is partnering with Invisalign as “her smile is a big step in he 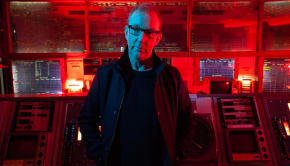 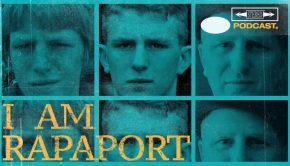 Michael Rapaport On His Successful Podcast “I Am Rapaport,” New York, Kevin Durant, Howard Stern & More Michael Rapaport is an acclaimed actor, director and the host of I Am Rapaport: Stereo Podcast; said podcast recently moved over to the iHeartMedia Network. With over 7 million social media followers to speak of, Rapaport has been covered extensively by acclaimed publications all over the world, including The New York Times, The New York Post, Vulture and Variety. His many notable roles inclu 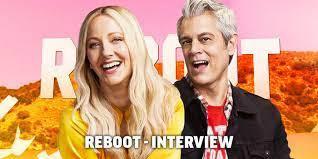 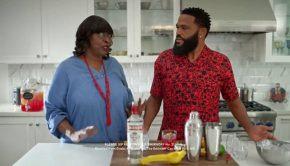 Anthony Anderson On Working With Smirnoff To Find A “Cocktail Coordinator,” Park City & More Do you love football? Does your playbook of winning cocktails and game day bites leave others speechless? Ahead of the kick off to the NFL season, Smirnoff has returned as the official vodka sponsor of the National Football League yet again, and the influential spirit brand has been recruiting for a Cocktail Coordinator, which some have (rightfully) dubbed “the Best Job in America.” For a chance to win 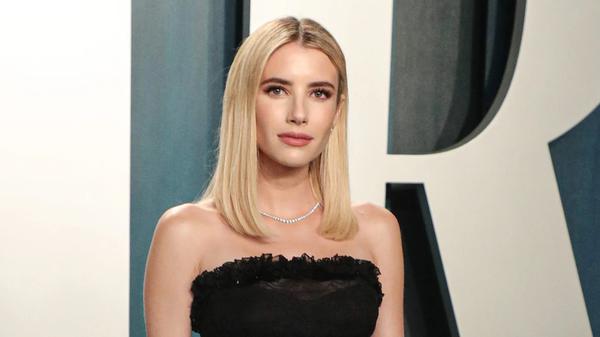 Emma Roberts, Karah Preiss & Meaghan Oppenheimer On The Hulu Series “Tell Me Lies” & More The new Hulu series Tell Me Lies follows a tumultuous but intoxicating relationship as it unfolds over the course of eight years. When Lucy Albright and Stephen DeMarco meet at college, they are at that formative age when seemingly mundane choices lead the way to irrevocable consequences. Although their relationship begins like any typical campus romance, they quickly fall into an addictive entanglement th 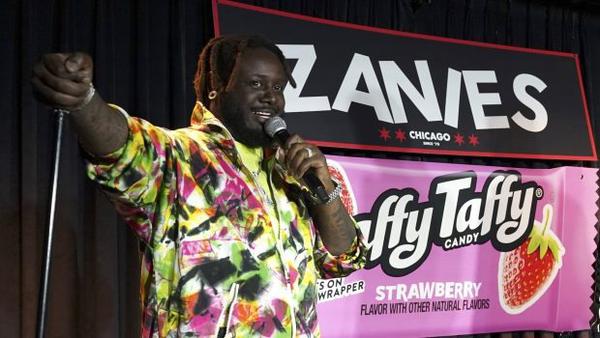 T-Pain On Working With Laffy Taffy, Career Highlights, Future Plans, “I’m On A Boat” & More Earlier this month, in conjunction with Happy National Tell A Joke Day, Laffy Taffy held its first joke-writing contest in decades. This event gave fans the opportunity to have their “dad jokes” printed on their fruity, chewy candy wrappers. GRAMMY Award-winning artist T-Pain kicked-off the “Your Jokes Our (W)rapper” contest after making a surprise appearance at Zanies Comedy Club Chicago to rap Laffy Ta 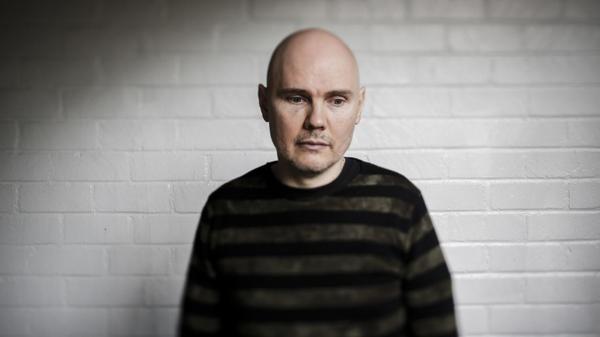 Billy Corgan On "NWA 74," The Success Of The National Wrestling Alliance, His Run-Ins With Comedy & Music Greats, Goals & More

Billy Corgan On “NWA 74,” The Success Of The National Wrestling Alliance, His Run-Ins With Comedy & Music Greats, Goals & More Founded in 1948, the National Wrestling Alliance — or NWA, for short — is one of the oldest and most prestigious professional wrestling brands in the world. In 2017, GRAMMY-winning international recording artist and producer William Patrick Corgan (a.k.a. Billy Corgan of The Smashing Pumpkins) purchased the NWA with the intention of reinventing the brand for the modern 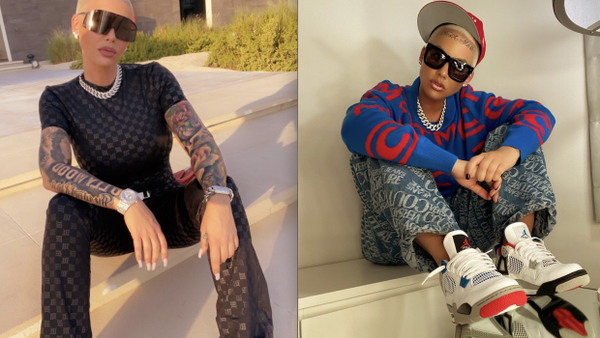 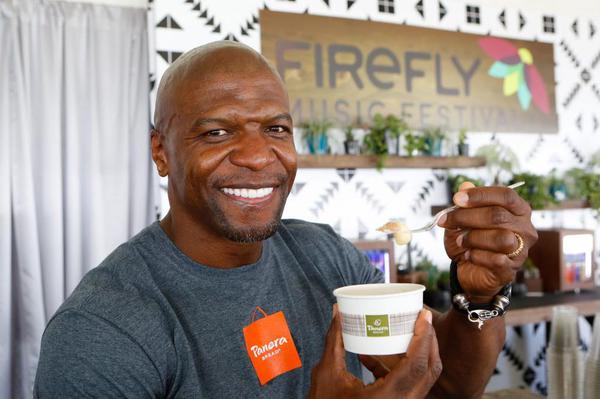 It has been a little over two decades since Terry Crews left the NFL, and he has created a career that is not only hugely-successful but unique. While millions of people regularly watch Crews on Brooklyn Nine-Nine — which moves to NBC this fall — he also seems to have at least two movies in the pipeline. He also pops up regularly as a pitchman for major brands, as his likability makes viewers want to watch these ad campaigns, unlike most commercials. Crews has also hosted a hit game show, writte 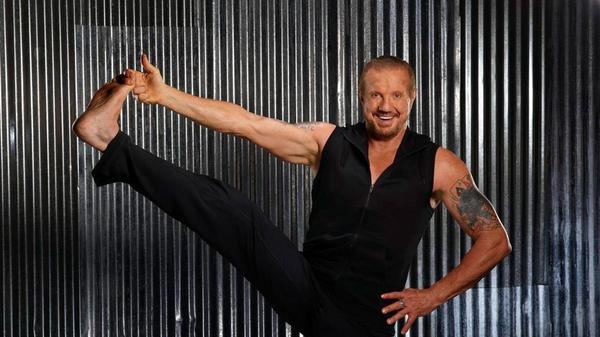 The Power of Yoga: How Diamond Dallas Page Keeps Fighting

WWE Hall Of Famer Diamond Dallas Page is known to millions around the world as a legendary professional wrestler. But rather than spending the rest of his life coasting on his successful wrestling or acting careers, he decided to take a professional path that practically no one could have seen coming: yoga. When it came to getting his body to heal so he could get back into the ring in the late 1990s, Dallas turned to yoga and defied all odds with a full-on comeback. However, what separates DDP 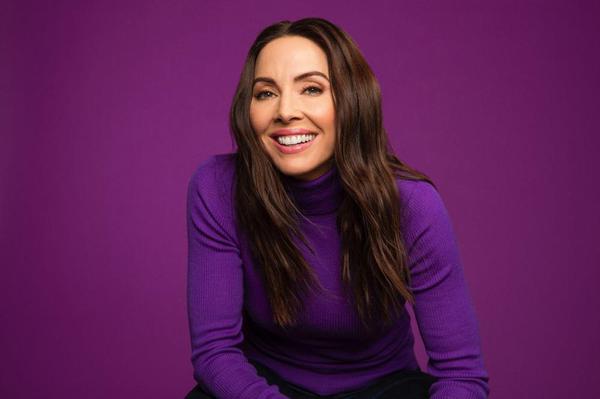 Dr. Mary Jane Minkin & Whitney Cummings On The Need To Remove The Stigma Of Talking About Women’s Health & More

Dr. Mary Jane Minkin & Whitney Cummings On The Need To Remove The Stigma Of Talking About Women’s Health & More It is 2021, so why are women still referring to their own bodies like its 1951? Women should feel empowered to be direct when asking their healthcare providers what they want for their reproductive health, but that is not always the case. Los Angeles-based comedian Whitney Cummings is of course a big believer of that, and she sharing her own experience about that empowering women in a 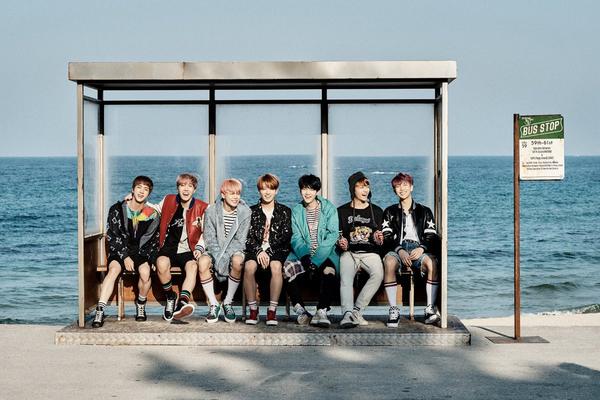 BTS — short for the Bangtan Boys — is a seven-member boy band from South Korea. The group debuted in 2013, going on to win awards within a year’s time from the MelOn Music Awards, Golden Disk Awards and the Seoul Music Awards. BTS also made history with its second full-length album Wings charting at #1 on iTunes in nearly 30 countries and debuting at #26 on the Billboard 200; previously a K-pop album had never charted so high in the U.S. Forbes recognized BTS as the most retweeted artist on Twitter in March 2016, while Billboard placed BTS in the #1 spot on its Social 50 chart in October 2016. Earlier this year, BTS ranked at #5 on the Power Celebrity list of Forbes Korea. 2017 has not only brought the release of a new BTS album, You Never Walk Alone, but also a world tour. 117,000 tickets have been reportedly sold for this tour, which includes New York area stops at the Prudential Center on Mar. 23 and 24. Following the pair of sold-out concerts in Newark, BTS has sold-out arena shows in Chicago and Anaheim. In celebration of these major events, Downtown conducted Q&A with all of the BTS members — Rap Monster (Kim Namjun/Team Leader, Rapper), JIN (Kim Seokjin/Vocalist), SUGA (Min Yoonki/Rapper), J-HOPE (Jung Hoseok/Choreographer & Rapper), JIMIN (Park Jimin/Choreographer & Vocalist), V (Kim Taehyung/Vocalist) and JUNG KOOK (Jeon Jungkook/Vocalist, Rapper, Choreographer) — via e-mail. For more on BTS, visit http://bts.ibighit.com. BTS can also be tracked via Facebook, Twitter, and YouTube. 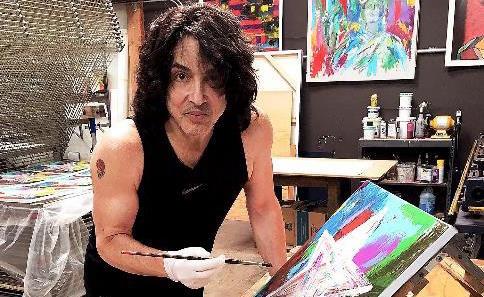 PAUL STANLEY Discusses the Future of , His Painting Career, “Phantom Of The Opera” & More! A major influence on members of Mötley Crüe, Guns N’ Roses, Pantera, Marilyn Manson, Foo Fighters, Soundgarden, and Pearl Jam alike, KISS not only changed rock music but all guitar-related music for that matter. As one of the singers and songwriters behind KISS, Paul Stanley played a role in the creation of plenty of long-standing rock anthems, including “Rock And Roll All Night,” “Detroit Rock City,” “Sh
Load More
Close ✕